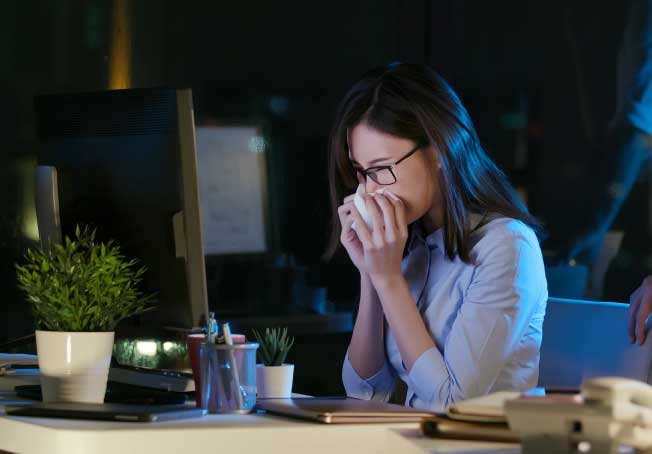 As the COVID-19 outbreak expands nationwide, federal, state and local lawmakers are offering a variety of proposals to keep people safe, protect workers who may miss work and support the broader economy. Many proposals focus on public health issues, but some may directly impact employers in the near term.

In recent years, many states and local governments have enacted laws which require employers to offer paid sick leave. While we have long expected that paid sick leave requirements would continue to expand, the current outbreak may rapidly accelerate adoption. 13 states presently require that employers provide varying amounts of sick leave. In addition to these state requirements, numerous cities as diverse as Portland, OR and Dallas, TX have their own sick leave mandates. We have seen a variety of proposals in recent days at both the state and federal level to offer as much as 14 days of paid sick leave to workers who are ill, have a family member who is ill or who are quarantined due to the virus. 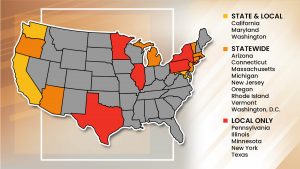 Rapidly implementing mandatory sick leave creates numerous challenges. In the past, there were months or in some cases, years, for companies to implement compliant programs. In addition to the logistics involved, businesses also incur a cost. If, for example, a federal mandate of 14 days of sick leave were to pass, many small and midsized firms, who may already see declining revenues, may simply be unable to meet the financial burden.

Although proposals vary widely, there appears to be recognition that many firms simply couldn’t fund such a program on short notice and focus instead on some mechanism for government to share the burden. A government backed program, if enacted, may be similar to the state-based family and medical leave programs enacted by a growing list of states, which often effectively act as an extension of existing unemployment insurance programs. Once again, logistical challenges would be daunting. These programs have historically been enacted over an extended period of time and would likely see high utilization in the near term, overwhelming state agencies.

One option that seems increasingly likely is some mandate that employers provide and administer the sick leave, with some future reimbursement from state or federal government for some or all of the cost. Although such a program may not initially seem burdensome to employers, it could severely impact strained cash flows for some firms. Waiting on reimbursement via tax credits (a common approach) may simply be too much of a wait. Furthermore, even without direct sick leave costs, absenteeism impacts businesses in other ways.

At present, we just don’t know what will happen. In principle, expanded sick leave aids in public health efforts by keeping sick employees out of the workplace, which is a worthwhile goal. Since many employees lack the financial resources to stay away from work without some form of income protection, expansion of mandatory sick leave programs appears likely on the near horizon.

The “Tax Relief, Unemployment Insurance Reauthorization, and Job Creation Act of 2010” temporarily reduced payroll taxes paid by employees from 6.2 percent of covered wages to 4.2 percent. The employer cost was not changed. The purpose of this temporary rate reduction was to increase consumer spending and aid in economic recovery following the 2008 financial crisis. Since the law passed in mid-December 2010, employers faced challenges updating their payroll systems in time for the effective date of January 1, 2011. Once the holiday expired, employee rates returned to normal.

If such a tax holiday is implemented, employers will once again need to update payroll systems rapidly to avoid over withholding.

Many firms will be impacted directly or indirectly by COVID-19. Various proposals are currently circulating to support impacted business, including low or no interest loans and tax deferments. It is unclear what may ultimately pass and whether such measures would be targeted to specific industries or to businesses more broadly.

Such a move would not be without precedent. Airlines received support following September 11, 2001 and the banking industry received support following the 2008 financial crisis. One significant difference today may be the breadth of impacted firms and the difficulty in predicting who may need help. As an example, we’ve seen in recent days that large tech companies can encourage employees to telecommute, blunting the virus’ direct impact for that firm, but adversely impacting other businesses that rely on that firm or their workers, such as delivery services, parking garages and restaurants.

An additional difference between today and past disruptions is the growth of the so called “gig economy.” The Federal Reserve estimates that there are approximately 75 million gig workers in the United States. Some of these workers doubtless have other jobs and only supplement their income on a part time basis with gig work, but a sizeable number rely primarily on the gig economy for income. Lawmakers at both the state and federal level have expressed concerns about how these workers may be supported.

We are Here to Support You

Chris and the HR Pros team.